The holidays are rapidly closing in and you know what happens to a body in the winters with lack of physical activity. As a mother, you’ve earned yourself some TLC time and again by prioritizing others over yourself. Now is time to claim what you deserve, tone down the toll motherhood has taken over your body with Liposuction.

As the name suggest, this procedure involves removal of fat from targeted areas of your body through suction. Cannula tubes are inserted into your skin through miniature incisions, and the fat is then sucked through these tubes. All the while, your surgeon navigates the tubes to target specific deposits of fat.

Over the last couple of years, improved liposuction techniques have made it easier, safer, and less painful. These advanced procedures include:

This procedure is comprised of numbing the targeted area of your body, where the cannula is inserted. In the next step, adequate amount of anesthetic, containing epinephrine and lidocaine, is injected into fat tissues, after which an incision is made for the tube.

Similar to ultrasound-assisted liposuction, this procedure uses low-energy laser waves to liquefy the fat, which is removed using cannula tubes like above.

This procedure involves liquefying fat tissues using ultrasound, which makes it simpler to remove. This particular technique is best used in removing fat from the sides, back, and the upper abdomen.

FYI, the procedure of liposuction is normally done as an outpatient. The procedure can be done at either a doctor’s office, a hospital, or an ambulatory surgery centre. The doctor’s office is normally equipped with all the required instruments, considering contingencies. In most, if not all cases, this procedure doesn’t require staying overnight at the facility.

Relative to other cosmetic surgeries like amdominoplasties, the discomfort and pain caused by lipo is far less. The post procedure aftereffects are controlled with common pain killers, which may last up to two weeks. However, those that had a large amount of fat removed are given prescription medication for pain management.

Even Distribution of Fat

Once the fat has been removed from targeted areas, the nature of liposuction helps with evenly distributing the fat your body generates after the treatment. You should avoid fatty meals after the treatment. However, if you have been careless and do gain weight, rest assured that the fat is more likely to spread across your body, instead of the area you just got treated.

Most people who go through this treatment report higher self-esteem and confidence in themselves, allowing them to attempt and achieve things they previously would have never felt comfortable or considered doing. This new outlook brings with it the motivation to maintain healthy diet as well as lifestyle.

While advances in medicine have made liposuction safer than ever, but just as any medical procedure carries risks, so does lipo. The only person who can determine whether the benefits outweigh the risks for your specific situation is your plastic surgeon. 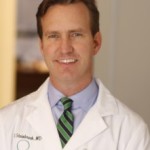